Hobart street artist and muralist Jamin (Benjamin Kluss) has just finished this work on a wall near the new University of Tasmania city accommodation building in Melville Street. It shows a girl (his daughter was the model) looking through a hole at an Eastern quoll. It’s great to see it emerge above us, as we walk up a lane a few steps from Elizabeth Street.

Eastern quolls are dasyurus marsupials about the size of a small cat. They became extinct on the mainland of Australia about 50 years ago but remain relatively widespread in Tasmania, although they are now classified as Endangered as their numbers are slowly declining. Simon Plowright has made a fascinating documentary filmed at an abandoned farm overrun by quolls. Watch here

I talked to Jamin about the work when he was halfway through painting it and trying to avoid the rain. There are many of his murals in Hobart, often featuring brilliantly coloured birds and sometimes fish, flowers and bees – often with a conservation message. He has a PhD from the School of Creative Arts and Media, University of Tasmania, and has had work selected for GOMA in Brisbane and MONA FOMA in Hobart. He has painted over 70 murals in Tasmania.

The second painting is on a wall approaching the taller one – it shows the girl on other side of the hole. I love them both! 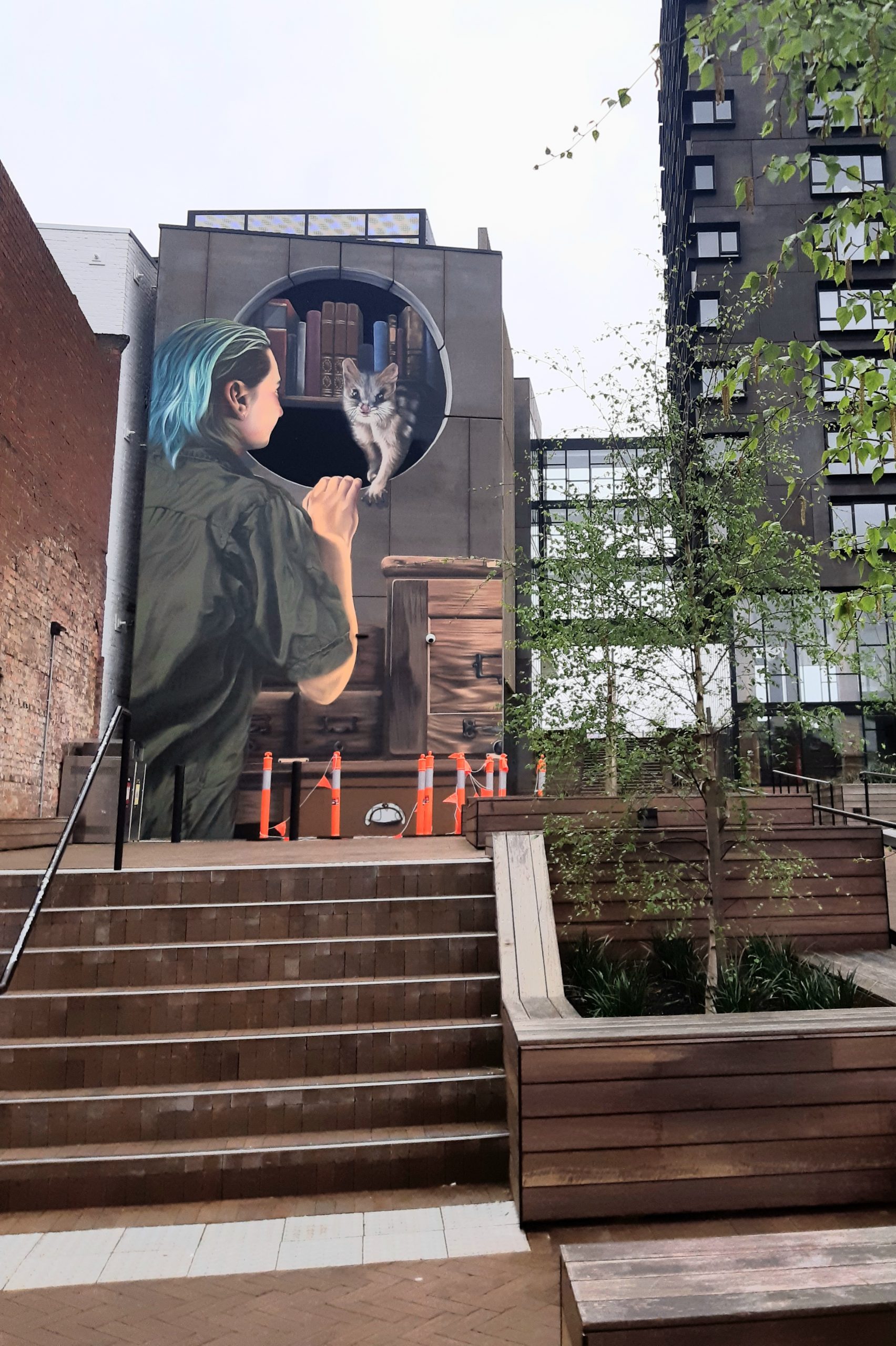 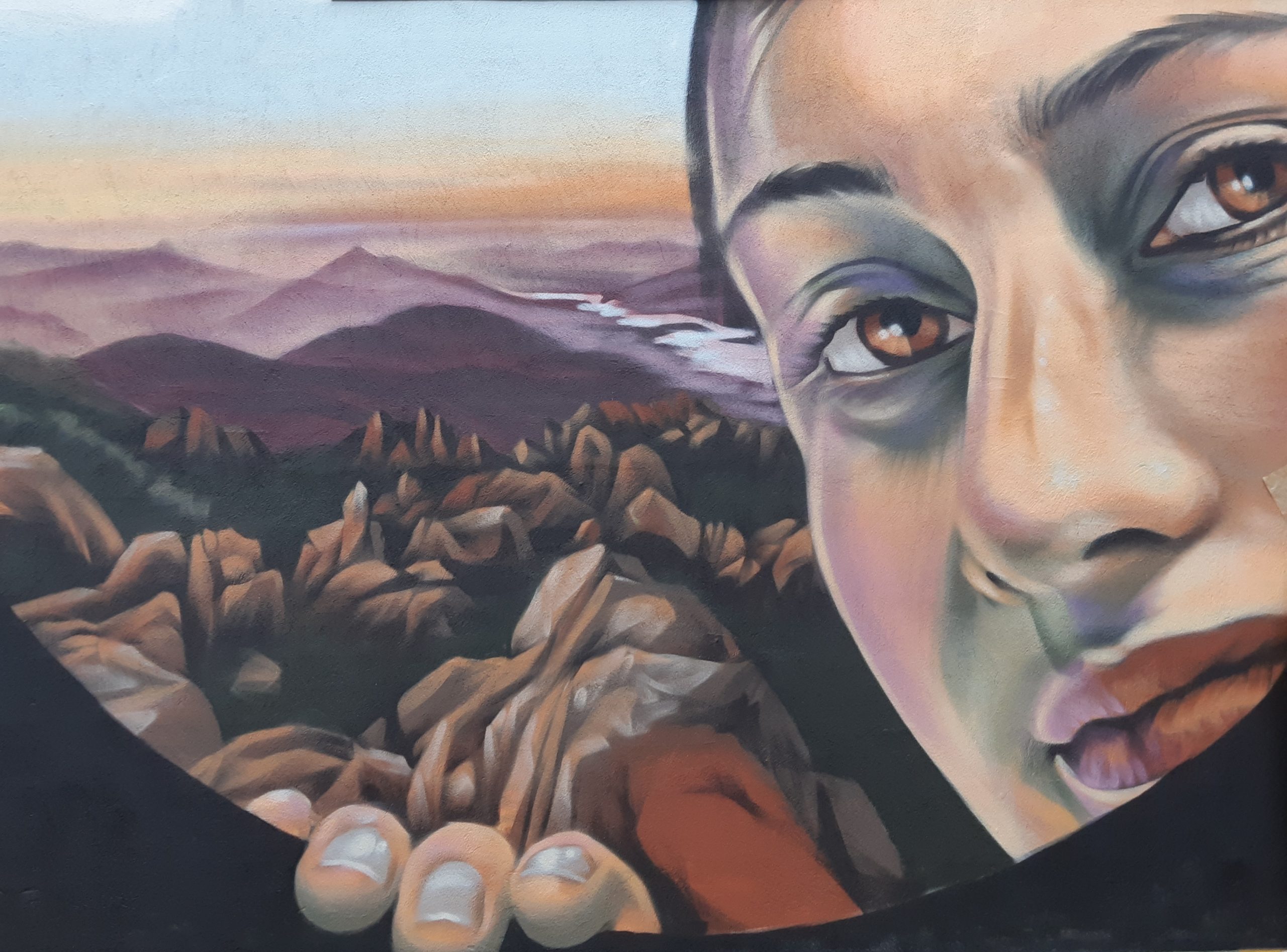