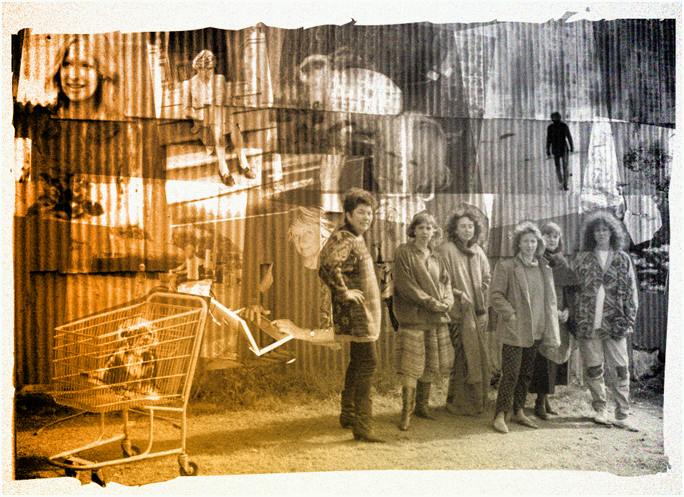 Carol grew up in Warrnambool the land of the Gunditjimara people, on the wild southern coast of Australia. When she returned from travelling in Africa she spent fourteen years exhibiting artwork and helping establish a community art gallery in Melbourne.

In 1988 she relocated to nipaluna/Hobart, lutrawita/Tasmania where she has had a long association with the University of Tasmania: employed in the Morris Miller and Royal Society Library and ultimately returning to graduate and post-graduate study in 1989. Highlights of her academic work were researching and writing an innovative Honours thesis “Feathering the Text: (Re)reading the Animal in Medieval Writing” and receiving six prizes in literature and history.

Her PhD research explored the impact of images in the extinction of the thylacine or Tasmanian ‘tiger’, a project that involved travel to libraries and scientific institutions in UK and almost every state of Australia, including Indigenous rock engraving sites in the remote northwest of Western Australia. She has been interviewed about her findings in Australian Geographic and on national radio, in the weekly magazine The Bulletin and Danish broadsheet newspaper Weekendavisen.

From 2004, Carol was involved in the formation and development of the international, interdisciplinary field of Animal Studies in the Humanities. She solely compiled and edited the Australian Animal Studies Group News Bulletin ─ a quarterly e-publication that was sent to hundreds of readers around the world and posted on animal studies websites and discussion lists ─ from 2008 to 2014.

She currently lives in an inner-city townhouse in Hobart, where she watches the birds that visit the trees outside her windows, continues writing for Forty South magazine and is finishing a collection of the best of her writing-for-animals over the last 20 years.