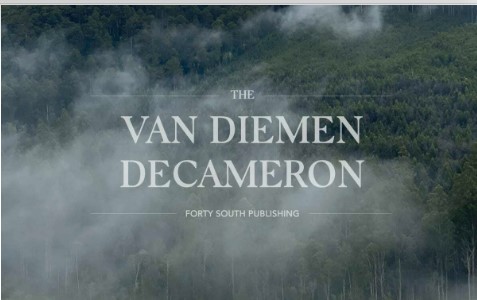 “It was the worst of times, it was the most creative of times.”  With stories, essays and poems the Van Diemen Decameron, born from the hardship and creativity experienced in the current pandemic, creates a modern legacy in the spirit of Boccaccio’s original.

My story begins “Day one: It is 7.35pm on January 12 and like most other evenings I’m on the sofa casually glancing at the television, checking my phone, answering text messages and browsing Facebook”. . . . but this ‘normality’ soon transforms into the worst year of my life.

“Blurring the Boundaries: Big Cat Diary” in Lives Beyond Us: Essays and Poems on the Film Reality of Animals edited by Sebastian Manley and Kirsten Irving (Sidekickbooks, 2015)

From the Introduction: “The contributors in this volume ─ writers, academics and poets, mostly ─ each offer a distinct way of thinking about the relation between animals and films, film genres or film history”.

From the Foreword by the Hon. Michael Kirby AC CMG:

“A chapter in this book by Carol Freeman extends the story told in Julia Leigh’s novel The Hunter (1999). That work was recently adapted as a film (Nettheim 2011). It tells the story of a man, sent to Tasmania to obtain genetic material from the last Tasmanian ‘Tiger’, for use in bio-warfare. It explores the impact of technology on animal life and does so under the shadow of the danger of species extinction. Julia Leigh’s book is described by Freeman as unrelentingly ‘bleak’. Some may feel the same about this book. It is about two subjects that most people spend their lives trying to avoid, preferring not to think of them: animal welfare and protection, and death. Put the two together and one has a combination likely to upset, repel and distress many readers in Australia and abroad.”

From a review in The Medieval Review:

“Carol Freeman’s remarkable essay, ‘Feathering the Text’, intersperses a reading of that tale with an expose of what animals suffered in medieval book production. It would have taken 200 to 225 sheep or goats to produce a Bible, she estimates, and at least 58 calfskins to create the Ellesmere Chaucer. Every beginner in codicology should read her account of the beast within the book: not only sheep and calves, but the geese whose feathers furnished quill pens, the gall flies whose egg caches produced the oak galls required for ink, the burrowing worms and nibbling mice – and we might add the now-celebrated cat that left its pawprints on a manuscript in Dubrovnik. As for Chauntecleer and Pertelote, today we would call them free-range poultry, unlike the 20,000 unlucky chickens in factory farms, who would never be able to display such plumage.”

A review of over 40 years of work by a Melbourne artist, focusing on her exhibition Fragments of Landscape at Kazari Gallery, Melbourne, 2010.

The impulse to create ceramic art can come from any number of sources. This review centres on Jill Symes responses to some of the unique land forms and vegetation of Australia – Cape Liptrap in Victoria, Lake Mungo in New South Wales, and the monoliths of Central Australia. “Symes escapes from the strictures of traditional forms, she creates or suggests quiet places to withdraw to: cave-like spaces, watery holes. She makes humble vessels that have the comfort of worn edges and curved shapes. The kind of objects and places that [Gaston] Bachelard feels satisfy a primal need for refuge”.

The web pages of a multi-media exhibition showing 200 years of thylacine images and how they were made. It includes early engravings in natural history books, old photographs, images in contemporary advertising and political cartoons, thylacine emblems on official and sporting material, taxidermy specimens and attempts at cloning. 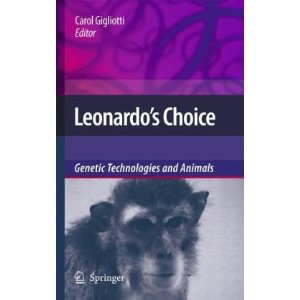 “Ending Extinction: The Quagga, the Thylacine and the ‘Smart Human'” in Leonardo’s Choice: Genetic Technologies and Animals edited by Carol Gigliotti (Springer, 2009)

Extract from a review in Genomics and Society:

“The final chapter, by Carol Freeman, addresses the biotechnological promissory around specie conservation and extinction reversal. It’s an impressive and multi-faceted chapter. For example Freeman shows how attempts to ‘bring back’ the Thylacine from extinction implicitly evoke cultural meanings informed by the film Jurassic Park. Whilst Freeman is rightly not wholly dismissive of the contribution genetic science can and does make to conservation, she effectively calls into serious question the ability of such extinction reversal projects to result in viable self-sufficient ‘rewilded’ populations. She leaves us wondering if they are better seen in anthropocentric terms, as vanity projects of yet more human control.”

“Imaging Extinction: Disclosure and Revision in Photographs of the Thylacine (Tasmanian tiger)” in Society and Animals: Journal of Human-Animal Studies 15.3 2007
Access here

This essay focuses on the relationship between photographs of the thylacine and the process of extinction, between images and words, and between pictures of dead animals and live ones. The procedures, claims, and limitations of photography are crucial to the messages generated by these images and to the role they played in the representation of the species. It explains why the medium of photography and pleas for preservation could not save the thylacine from extinction.

“‘In every respect new’ European Impressions of the Thylacine, 1808-1855” in reCollections: Journal of the National Museum of Australia 2.1 2007
Read here

When Tasmania was settled by the British 200 years ago, the thylacine, a shy marsupial carnivore with a striped back and a coughing bark, existed in small numbers on the island. By 1936 the species was extinct. This article focuses on the first published image of the thylacine in the Transactions of the Linnean Society in 1808, and traces its history over the following decades.

This paper was an entry in the National Museum of Australia Prize for the History of Australian Science in 2006.

Reviews of the book:

“A superb reference resource for students, general readers, researchers, or others wanting to learn about our relationship with the nonhuman world.”
– Booklist

“This encyclopedia shows why both animal rights and animal welfare matter around the world… As rightfully stated in the book’s foreword, ‘every time cruelty is overcome by compassion, we are moving toward that new and boundless ethic that will respect all living beings. Then indeed we shall stand at the threshold of a new era in human evolution—the realization of our most unique quality: Humanity’.”
Library Journal, Starred Review